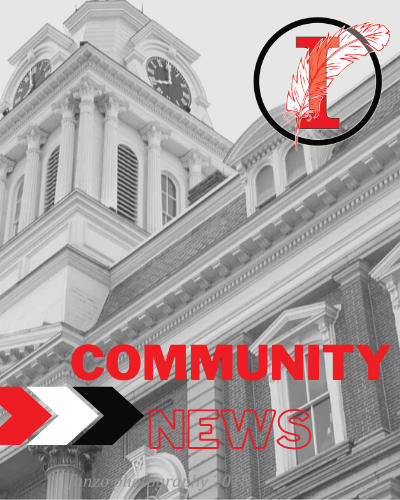 Please read the article for an updated regarding Indiana Junior High

This is a joint statement from the Indiana Area School District,

Between 6:30 am and 7:00 am, a Safe 2 Say report was received by the Indiana Area School District.  The anonymous report only stated that all 8th grade backpacks should be searched.  School officials notified the Indiana Borough Police Department and officers responded to the school immediately.

The Indiana Borough Police Department, in conjunction with the Indiana Area School District and the Indiana County District Attorney’s Office, were able to determine the following:

Neither law enforcement nor the school district was notified over the holiday weekend of the stolen firearm or its unlawful possession.  Upon receiving the early morning report to Safe 2 Say, law enforcement and school district officials were quickly able to identify the purpose of the Safe 2 Say report and the suspect juvenile.  The suspect juvenile was separated from the other students as law enforcement continued their investigation.  The school continued to search the students at the school in an abundance of caution.

The Indiana County District Attorney’s office has approved the filing of a juvenile petition against the suspect.  Due to the privacy restrictions of the juvenile justice system, the name of the juvenile, the charges and any outcome is restricted access and the law does not allow for its publication.

The Indiana Area School District had counselors available throughout the day to address the fears, concerns and anxieties related to this situation.  The district will continue to make these services available to all of its students.

We are asking that every member of our community takes the proactive stance in reporting any behavior, threat, or action that may place another at risk of harm.  There is never a harm in reporting suspicious behavior to our schools or law enforcement community.  Systems, such as Safe 2 Say, allow for the quick sharing of information by individuals who can choose to remain anonymous or not.  However, these systems are only as good as we use them.